News
Praise with more competitive price and better service system.
Your location:
Homepage
>
news center
>
Industry information
>
Hakka bean curd in Heyuan, Guangdong Province, has a strong smell of beans. It can't be cooked or steamed for a long time. Have you ever eaten it?

Hakka bean curd in Heyuan, Guangdong Province, has a strong smell of beans. It can't be cooked or steamed for a long time. Have you ever eaten it?

Hakka bean curd in Heyuan, Guangdong Province, has a strong smell of beans. It can't be cooked or steamed for a long time. Have you ever eaten it?

Bean curd, also known as rotten skin or tofu skin, is a very popular Hakka traditional food. Longchuan County, Heyuan,Guangdong Province, with mild climate,abundant rain and sunshine, has a unique Hakka culture, where the technology of putrid bamboo has been handed down from generation to generation.Heyuan Hakka beancurd, yellow and white color, bright oil, with a strong bean flavor and unique taste.After the soymilk is heated and boiled,it is kept warm for a period of time, and a film is formed on the surface.After being picked out, it will sag into branches and strips, and then it will be dried. Its shape is similar to that of bamboo branch, which is called putrefaction. Longchuan bean curd, also known as Hakka bean curd, is a special food in Longchuan County,with a long history and unique local characteristics. Yuzhu is a major industry in rural areas of Longchuan County, with good quality and large quantity.It is very famous in the Pearl River Delta and Ganzhou, Jiangxi Province.Hakka bean curd in Heyuan, Guangdong Province,has a strong smell of beans.It can't be cooked or steamed for a long time. Have you ever eaten it?

Longchuan is well-known for its bean curd.At present,the representative bean curd production towns in Longchuan are Yanzhen,Chetian town and Longmu Town,which have the longest history of bean curd production.Longchuan beancurd element is known for its golden color,strong bean flavor,thick meat, no paste, no broken and no turbid soup.The main reason why the Yuzhu in Longchuan has these characteristics is that it pays attention to materials,tools and methods.The so-called emphasis on materials means that local soybeans are mostly used and must be planted in clayey soil;the so-called emphasis on tools means that when making beancurd,a pan made of pig iron should be used,preferably made of copper and pig iron.This pan has fast heat conduction,and is not easy to paste the boiling pulp,and has a variety of metal materials required by human body. The beancurd made by this kind of pot has strong bean flavor and excellent taste The so-called method is to cook the pulp with hardwood wood and gentle fire to accurately grasp the fire.After the beancurd leaves the pot,it needs to be wrapped.This process is the most special,which creates the unique taste of Longchuan beancurd.

The Hakka traditional beancurd in Heyuan,Guangdong Province,is characterized by low water content, easy preservation,good toughness after soaking,long cooking,long steaming,tender and elastic teeth.It is very delicious to use this kind of beancurd for cooking.Let's see how to make bean curd with cold sauce!

Ingredients:300g of beancurd,30g of soy sauce,2G of salt,15g of oyster sauce,6 cloves of garlic,2 pieces of coriander,1 spoon of chili oil and 15g of rice vinegar.

1. Soak the beancurd in cold water for about 1.5 hours and cut it into sections;

2. Start the pot and boil the water and add salt.Pour the beancurd into the pot and cook for about 3 minutes.After the pot is soft,remove it and put it into the prepared cold boiled water for cooling.Remove it again and drain the water;

4. Heat up the pot again,add oil and stir fry the garlic,add soy sauce and oyster sauce,stir fry the sauce,put the bean curd in the pot,and then add the coriander,vinegar and chili oil,mix well,and then serve.

Hakka bean curd in Heyuan,Guangdong,is made of mountain spring water and selected high-quality soybeans.It is naturally dried.It is light wheat yellow in color,shiny,easy to break,neat and good in appearance,with strong bean flavor and high nutritional value.It is called "meat in the element".Guys, have you ever eaten Hakka Yuba in Heyuan,Guangdong?

Scan the QR code to read on your phone 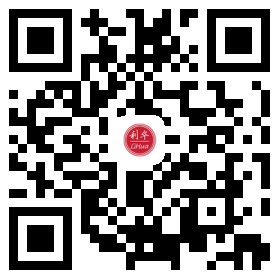 Scan and browse with mobile phone!